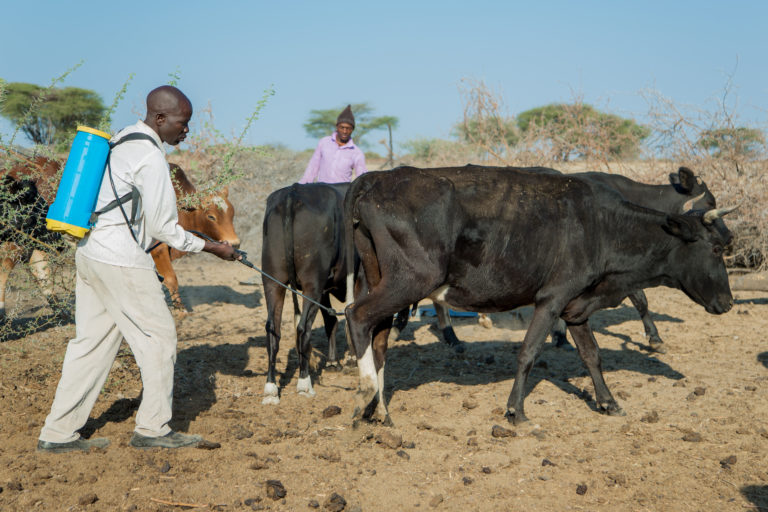 Smallholder producers form the backbone of Tanzania’s economy. Beyond farmers, who cultivate the vast majority of the country’s arable land, there are also beekeepers, fisherfolk, pastoralists and others, all contributing to the value chain. Their industries may differ from one another, but the small scale on which they operate means they share many of the same interests.

In order to help leverage their collective power, Tanzania’s Agricultural Non State Actors Forum (ANSAF) created The Forum for Rural Producers in Tanzania, known as JUWAVITA. But rather than employing a top-down approach, says ANSAF Head of Operations Honest Mseri, JUWAVITA empowers producers to identify their own challenges, then come up with their own solutions.

“We started JUWAVITA for two reasons: First, to unite the fragmented, dispersed efforts of smaller producers to air out their challenges, and second to give smaller producers the opportunity to sit in the front and speak for themselves,” he says. 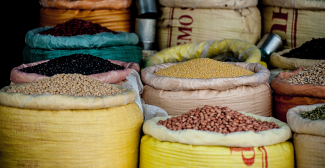 JUWAVITA is a great example of localization in development, in which power is shifted away from transnational NGOs and put instead in the hands of the local stakeholders. Though the term “localization” has existed for decades and gained widespread recognition at the 2016 World Humanitarian Summit, large-scale adoption has been less than forthcoming. This is due to a number of factors, not the least of which is that the very definition remains contested; often, the word “power” is not used at all.

In March of 2020, more than a hundred Global South-based organizations published a letter in Open Democracy, censuring INGOs for their often insincere and sometimes even destructive localization efforts. Rather than reducing their in-country footprints and helping grassroots organizations fundraise for themselves, INGOs manipulate the spirit of localization in a way that continues to line their own pockets, rather than help communities, the letter contends.

“All of this serves to weaken us locally. It keeps us in a master/servant relationship continuously begging for grants from your institutions, while we remain bereft of core funding ourselves,” it says. “This is not what we need or want.”

This letter was published only days before the COVID-19 pandemic became a global crisis. If it wasn’t clear how insufficient localization efforts were before, the pandemic certainly laid those weaknesses bare. But it also created an opportunity for improvement. 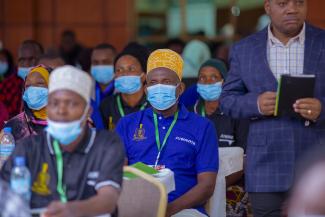 “Localization efforts need to go beyond cosmetic and surface-level handovers that only appear at the very end of a project. They should instead include collaborative decision-making right from the very start.”

In partnership with the International Fund for Agricultural Development (IFAD), InterAction is striving to transform localization from a buzzword to a meaningful practice.

In Tanzania, InterAction is working with ANSAF to implement JUWAVITA by offering technical and financial support, while local experts design and execute the project itself. In this way, smallholder producers are given the resources they need to have their voices heard when it comes to shaping government policy. The lack of such a platform in the past has meant that even well-intentioned initiatives implemented without first consulting producers has led to misallocated resources, says Mseri.

of all farm households in Tanzania keep livestock

of Tanzania's arable land is used by smallholder farmers

A similar emphasis on localization is also taking place in Rwanda, where InterAction is working alongside the Rwanda Development Organisation (RDO) to strengthen participation of farmer organizations in the planning, implementation, and monitoring of agricultural programs in two districts, Kayonza and Nyagatare. 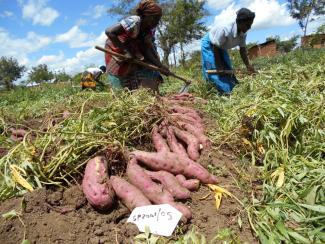 As in Tanzania, the bulk of Rwanda’s agricultural production comes from smallholder farmers. Despite the obvious importance of their roles, however, they have little say in agricultural policy decisions. John Mugabo, a coordinator with RDO, says one of the first steps is helping convince farmers that their opinions deserve to be listened to.

Of Rwanda's population is engaged in agriculture

Of the national GDP comes from Rwanda's agricultural sector

RDO’s role in strengthening farmers’ voices has taken many forms, from encouraging their increased engagement at local community meetings to facilitating dialogue directly between farmer representatives and district leaders. RDO also established three-person coordination teams made up of local farmers, who consult monthly with farmers’ organizations to gather data on issues faced by others in the region. These teams were instrumental during COVID lockdowns, as they were still able to travel within their districts to meet with farmer organization representatives.

By not communicating their needs, Mugabo says, farmers previously had to settle with whatever they got from the government. One common manifestation of this came in the form of substandard seeds, which despite having low yields and high susceptibility to disease, farmers previously had no choice but to accept. “Farmers couldn’t complain because they didn’t know where to complain,” Mugabo says. Now, that’s changing.

"It’s very important that [farmers] view themselves as important people and start demanding their space.”

Localization will not happen overnight. But projects like those taking place in Tanzania and Rwanda demonstrate the ways in which INGOs can work alongside civil society organizations, offering funding and support as needed without dictating how projects are designed or implemented.

Different people in different places have different needs, and there is no one-size-fits all approach to serving everyone. What works in a small town in East Africa is unlikely to have the same results in a small town in Central America, due to differences in culture, climate, and a thousand other factors that may seem inconsequential from the outside, but are actually critical.

Local CSOs know their own communities in ways that INGOs never will, and appreciate the nuances that are so often lost in translation. It’s only by stepping back and allowing communities to take charge of their own futures that real progress will be made.