What happens when governments get in the way of aid?

The Hidden Crisis of Humanitarian Aid 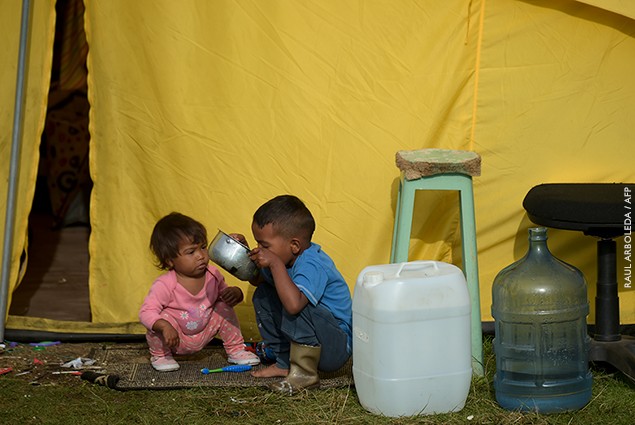 Across Venezuela, people are suffering. Malnutrition is rampant, with studies showing that one in every three people do not have enough to eat. The country’s health system has collapsed against the backdrop of a global pandemic; maternal and infant mortality are on the rise; and vaccine-preventable diseases are proliferating.

Venzuelans don't have enough to eat

Venezuelans have left the country in search of a better life

Of those still in Venezuela want to leave

This situation is the result of a years-long deterioration in humanitarian and human rights conditions under President Nicolás Maduro, whose role was challenged in 2019 when opposition leader Juan Guaidó declared himself the country’s new leader. But the power struggle that has ensued isn’t just between Maduro and Guaidó: Rather than reaching the people who need it most, humanitarian aid has become a political pawn.

The aid crisis began shortly after Guaidó, who is backed by the U.S., asserted his place as the country’s president. Convoys carrying food, medical supplies, and hygiene kits were stopped at the Venezuelan border by the military, still controlled by Maduro, who claimed the attempts at providing aid were merely a pretext for the U.S. and others to destabilize his government. 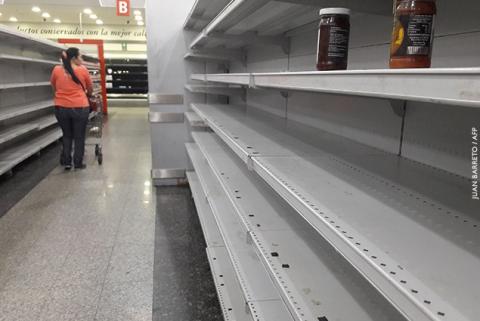 Humanitarian access negotiations between Venezuelan senior officials and aid agencies stretched on for months, repeatedly breaking down even as COVID-19 exacerbated the already dire situation faced by Venezuelans. U.S sanctions on the state’s oil company aimed at isolating Maduro further depleted Venezuela’s economy. Many organizations operating in the country found themselves unwelcome—Doctors Without Borders, for instance, was forced to withdraw from a Caracas hospital treating COVID-19 patients after authorities refused to furnish essential personnel with work permits. Those who were able to work in Venezuela have complained of government interference, with reports of authorities doing everything from raiding their offices to detaining members. 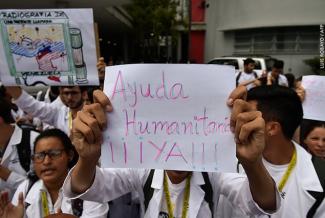 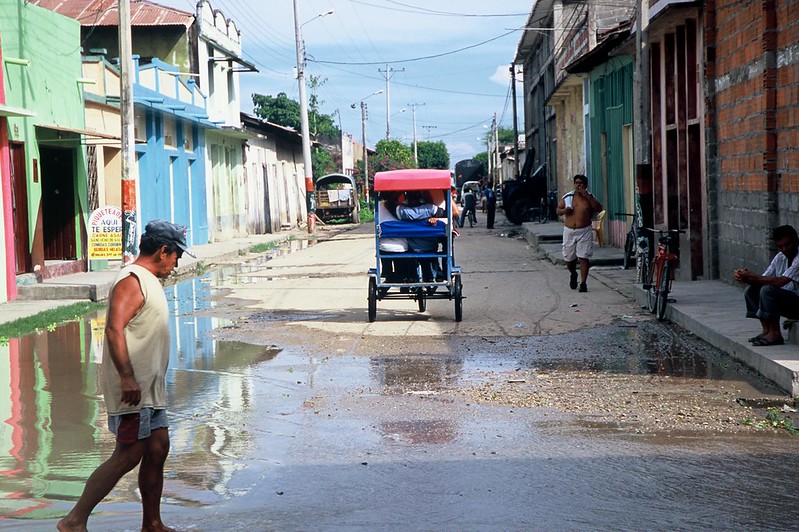 “By blocking the work of aid organizations in the midst of a humanitarian emergency, with children going hungry and Covid-19 patients in need of adequate treatment, Venezuelan authorities are showing they care more about repressing their people than helping them.”

When governments attempt to manipulate aid for political purposes, as has been the case in Venezuela, it undermines the four core principles of humanitarianism: Humanity, neutrality, impartiality, and independence. Along with “do no harm,” these principles form the bedrock on which humanitarian actors base their activities, with the goal of assisting as many people in need of relief as possible. Undermining these principles can have devastating consequences, both for the affected populations as well as aid practitioners—if there is a perception that humanitarian actors are taking sides in politically-charged contexts, their safety and security is compromised, and their ability to reach people in need is greatly reduced.

Venezuela may be one of the more publicized recent examples of a government interfering with the disbursal of aid, but it is far from the only one.

In the years since Myanmar began its shift toward democracy in 2011, international donors have increasingly channeled aid through government agencies, rather than bypassing the state as they did when the country was under military rule.

But following February’s military coup, aid agencies have once again found themselves in a difficult position. The U.N.’s Office for the Coordination of Humanitarian Affairs (OCHA) says humanitarian access “remains constrained” due to both administrative restrictions and the violence afflicting several states throughout the region. In addition to the outright killing and forced disappearance of dissidents, the junta has also instituted prolonged internet blackouts as a means of stanching communications and information.

Unfortunately, as access has shrunk, the need for aid has only grown. OCHA estimates that more than 50,000 people have been displaced from their homes since December, in addition to the more than 300,000 already displaced internally across Rakhine, Kachin, Kayin, and Shan states. Between conflict and natural disasters, around 1 million people are in need of humanitarian aid and protection in the country.

While international NGOs working in Myanmar have expressed their commitment to support local and national civil society partners, doing so won’t be easy. Myanmar’s junta has long restricted international access to ethnic minority groups situated along the border, and it’s entirely possible that the new regime will do the same.

Violence has plagued northeastern Nigeria for more than a decade, with ongoing conflict between Boko Haram, the Islamic State, and the government of Nigeria creating ruinous conditions for those who live there.

Recently, however, the movement of aid workers to the area has been curtailed due to cumbersome restrictions imposed by authorities—both in Nigeria and abroad—under the pretense of counterterrorism. The implications of these restrictions are far-reaching: One effect is that people in regions controlled by Boko Haram are simply excluded from humanitarian programming.

But being subjected to the control of the Nigerian military—which among other measures has mandated that humanitarians travel with armed escorts along certain routes—creates the impression that aid workers are not, in fact, neutral actors.

As a result, attacks against humanitarians have risen dramatically. Boko Haram and adjacent factions have been behind the murder of several workers in recent years, including four who were abducted at a roadblock in Borno state last June and subsequently killed. Regardless of whether these alliances are real or not, government interference in aid distribution is having a deadly effect.

These are only a few examples of the many ways in which humanitarian action can be politicized to the detriment of humanitarian agencies, staff, and populations entitled to emergency relief. Even so, there are steps that can be taken to mitigate the adverse effects on civilians.

While the sanctions in Venezuela imposed by the U.S were intended only to impact only those responsible for creating the crisis, the fact is that civilians suffered, too.

After seeking counsel from humanitarian organizations, U.S. agencies took concrete steps to alleviate the damage wrought by the sanctions. The Department of the Treasury issued licenses allowing certain types of transactions made in the name of humanitarian assistance, and also launched an outreach effort to ensure that organizations can get help with sanctions-related challenges as they occur.

In the event of conflict or disaster, everyday people, not governments, bear the brunt of the consequences. Humanitarians must be free to engage in principled response to ensure that all involved are entitled to the dignity and justice that is their right.