How InterAction Members are working alongside communities to end hunger

The Future of Food 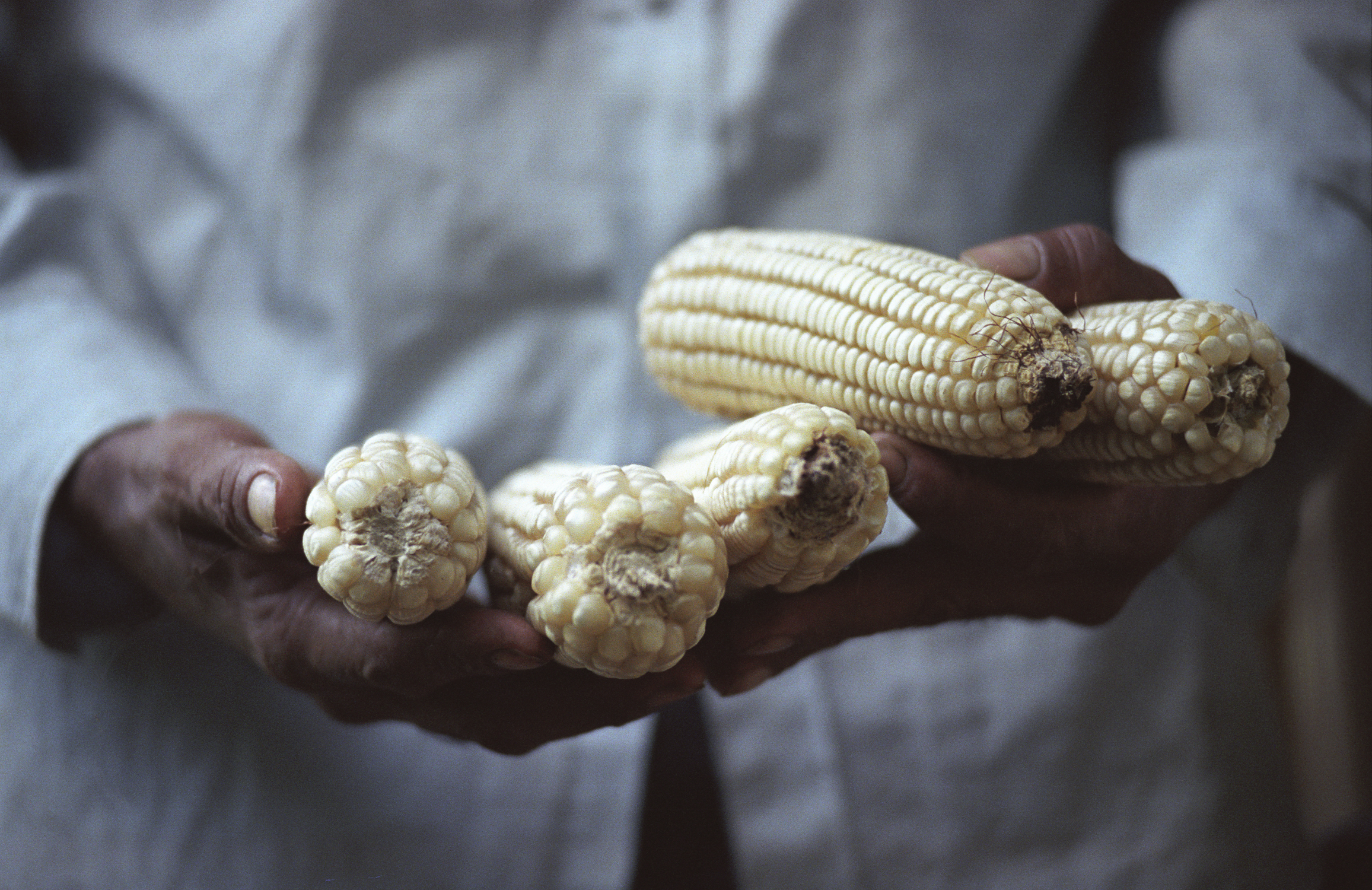 In 2015, the United Nations laid out the ambitious goal of achieving zero hunger by 2030. Six years in, there’s still a long way to go.

Around 10% of the world’s population, or 690 million people, are hungry. While the majority—381 million—live in Asia. Africa’s numbers, currently at more than 250 million, are growing faster than any other region on Earth.

But the road to eliminating hunger has not been a straight one. After over a decade of decline, global hunger levels began to rise in 2015 due to the twinned crises of conflict and climate change. The onset of the pandemic in early 2020 only made the situation worse, doubling the number of people facing acute food insecurity.

FAO, IFAD, UNICEF, WFP and WHO. 2021. The State of Food Security and Nutrition in the World 2021. Transforming food systems for food security, improved nutrition and affordable healthy diets for all. Rome, FAO. https://doi.org /10.4060/cb4474en

These are grim statistics. But strategic U.S. investments in food security, agricultural research and development, and nutrition have proven to be powerful tools for building resilience against food shocks and stresses while addressing chronic poverty and hunger.

The U.S. Global Food Security Strategy (GFSS), which guides the government’s Feed the Future initiative, was launched in 2017 to promote global food security, resilience, and nutrition with a focus on addressing poverty as one of the root causes of hunger. In 2021, a program “refresh” led by the U.S. Agency for International Development (USAID) updated the strategy by taking into account evidence and lessons learned, including the effects of forces such as conflict, climate change, and the COVID-19 pandemic. 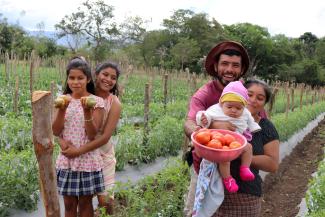 Member organizations have been adjusting food security programming to meet these new realities. But what’s especially notable is that the refresh reflects InterAction recommendations made in response to Member stories—the direct result of our effort to convene organizations and learn from their experiences.

Here are six programs past and present that reflect how InterAction Member NGOs are enacting change through locally-led, community-supported projects across the globe.

Malnutrition is a significant issue in Bangladesh, the world’s most densely populated country. Around 5.5 million children, or 36%, suffer from chronic malnutrition, and 14% are acutely malnourished. The country’s agricultural sector has been hit hard by natural disasters like cyclones and tidal surges, compounded by man-made challenges stemming from urbanization and natural resource depletion.

Nobo Jatra, a food security program implemented by World Vision Bangladesh, is working to improve resilience against the worst of these effects. Launched in 2015, Nobo Jatra is training farmers to use climate-smart agricultural techniques, sustainable production methods, and better access to markets.

The results have been significant. Sobita Sarder, one of the program’s leaders, has transformed her farm using practices like mulching, composting, and tower gardening. Now, her land yields enough produce to feed her family, with plenty to spare to sell at the market for additional income. Their improved diet means her 9-year-old daughter, Pryanka, is sick less frequently, and the family’s increased income has allowed her to enroll at a better school. Sarder is now teaching 150 other farmers—all women—the same techniques she learned, strengthening the health and wellbeing of her community, too.

Despite its potential for growth, Ethiopia’s agricultural sector faces several obstacles, including low-crop yields, limited use of improved seeds and fertilizers, and weak connections between farms and markets—hardships exacerbated by ongoing regional conflicts. Given these circumstances, FTF’s mission is not only to help strengthen agriculture and resilience, but to connect communities to economic opportunities and financial services.

These goals formed the basis of Mercy Corps’ PRIME—Pastoralist Areas Resilience Improvement through Market Expansion. Operating in three regions throughout Ethiopia from 2012 to 2019, PRIME was designed to help pastoralists better withstand economic and climatic shocks by expanding markets and adapting long-term management approaches.

Going forward, Mercy Corps has determined that co-investment and market-driven activities are preferable to direct implementation, cash or service handouts. Future programs should also be flexible and adaptive in order to withstand shocks and changing contexts.

While Honduras’s overall economy has been on the upswing, there exists a wide gap between its middle and upper classes and its poor: More than 60% of those living in extreme poverty dwell in rural areas, where access to basic services like clean water, energy, and infrastructure are limited.

From 2013 to 2016, Corus International piloted Gender in Agriculture: From Policy to Practice (GAPP) in Western Honduras’s Lempira department, with the goal of building women’s capacity as a means of combating food insecurity. To do this, GAPP tested a two-pronged methodology, strengthening women’s leadership as well as incorporating “masculinities” training for men to change attitudes about women’s roles in the agricultural sector.

At the conclusion of the project, GAPP had successfully facilitated connections between several key local actors, including municipal governments, Municipal Women’s Networks (RMMs), and rural credit banks, which helped women access credit for their projects. Women were trained at the local level for leadership and political advocacy, while entities like rural credit banks helped them gain access to financial resources. Meanwhile, men’s leadership groups in the public and private sectors received training to encourage them to support women leaders. Ultimately, all nine participating municipalities approved their municipal public policies on Food and Nutritional Security and included a gender focus.

More than half of Nepali households suffer from food insecurity. FTF’s priority, therefore, is working with various partners to transform the country’s subsistence farmers into more robust contributors to the overall food system.

Launched by Save the Children and partners in 2014, the Sustainable Actions for Resilience and Food Security (Sabal) program sought to improve the resilience of roughly 160,000 households in six of Nepal’s central and eastern districts through agriculture activities, livelihood diversification, nutrition, and disaster risk reduction.

Over the course of Sabal’s six-year lifespan, the program enabled 107,206 farmers to participate in community-based savings and credit plans, as well as trained 2,068 people in disaster preparedness, established 99 community-based early warning systems, and supported the implementation of 115 community disaster risk reduction and climate change adaptation plans.

Sabal was initially launched in six districts of Nepal, but following the devastating earthquakes that roiled the region in the spring of 2015, expanded its coverage to include five more. In keeping with the government of Nepals’ recovery priorities, the program assembled skilled technicians to support reconstruction, while simultaneously helping workers adapt to changing livelihood opportunities.

Though Senegal is one of the most stable countries in West Africa, its agricultural potential is largely untapped. FTF programs have been geared toward integrating nutrition and agriculture to not only reduce poverty, but promote trade and market access.

Feed the Future Kawolor, implemented by NCBA CLUSA and its partners, aims to empower organizations and regional resource partners to scale up Nutrition Led Agriculture (NLA). Using a “platform approach,” NCBA CLUSA trains and supports local institutions to lead their own community development, allowing them to sustainably improve diets, increase market supply of nutritious foods, and generate income. Beyond food, Kawolor’s efforts to support access to drinking water have resulted in the extension of the drinking water supply network to serve 11,564 additional people.

In the four years since it launched, the Kawolor program has enjoyed several successes. Recent highlights include facilitating connections between producers and companies to increase the availability of nutritious food in markets; introducing microfinance to women’s groups to increase household saving or support horticulture income-generating activities; and implementing a male champions strategy to ensure that women remain economically and socially empowered in a sustainable way. 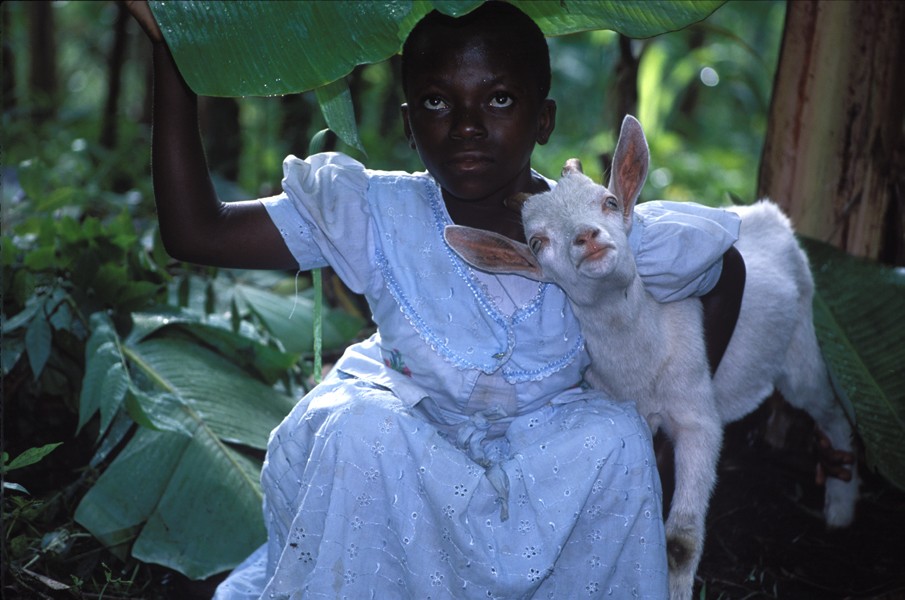 Uganda has reduced poverty at an incredible speed over the last 15 years, with the percentage of people living on under $1.90 per day falling from around 65% in 2002 to just over 40% in 2016. Its young population—around 80% of Ugandans are under 30—means that increasing agricultural productivity and employment is critical to the country’s development.

The mission of Youth Empowerment Through Agriculture (YETA) is to train, mentor, and provide employment opportunities for 27,130 vulnerable youth across four districts of Northern Uganda. YETA participants are trained in areas like financial literacy and entrepreneurship—skills they then apply to creating on- and off-farm enterprises like horticulture, livestock, maize, and sunflower value chains.

The project is part of the Youth Forward initiative in partnership with The MasterCard Foundation, Overseas Development Institute, Global Communities, Solidaridad, NCBA CLUSA, and GOAL. Using NCBA CLUSA’s “Learn, Engage, Build” model, participants learn concepts that are relevant to their everyday lives (Learn), apply those concepts with help from a mentor (Engage), and receive support and encouragement to grow on their own (Build). 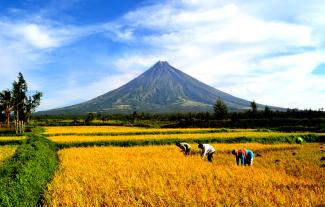 In October 2021, the Global Food Security Strategy (2022-2027) was released. As the new GFSS moves to implementation and country selection, InterAction will continue to engage members to elevate best practices, showcase program stories, and highlight locally-led solutions. In 2023, both the Global Food Security Act, which authorizes the GFSS, and the Farm Bill, which authorizes several other US global food security programs, will be reauthorized by Congress. As a convener and thought leader, InterAction has held a critical role in leveraging the knowledge generated by organizations, using lessons learned from local and regional experts to create policy change on the federal level. The updated GFSS framework elucidates just how crucial this work is and how, by harnessing the collective power of member organizations, it’s possible to improve outcomes in a meaningful way.