Breaking the cycle of climate migration 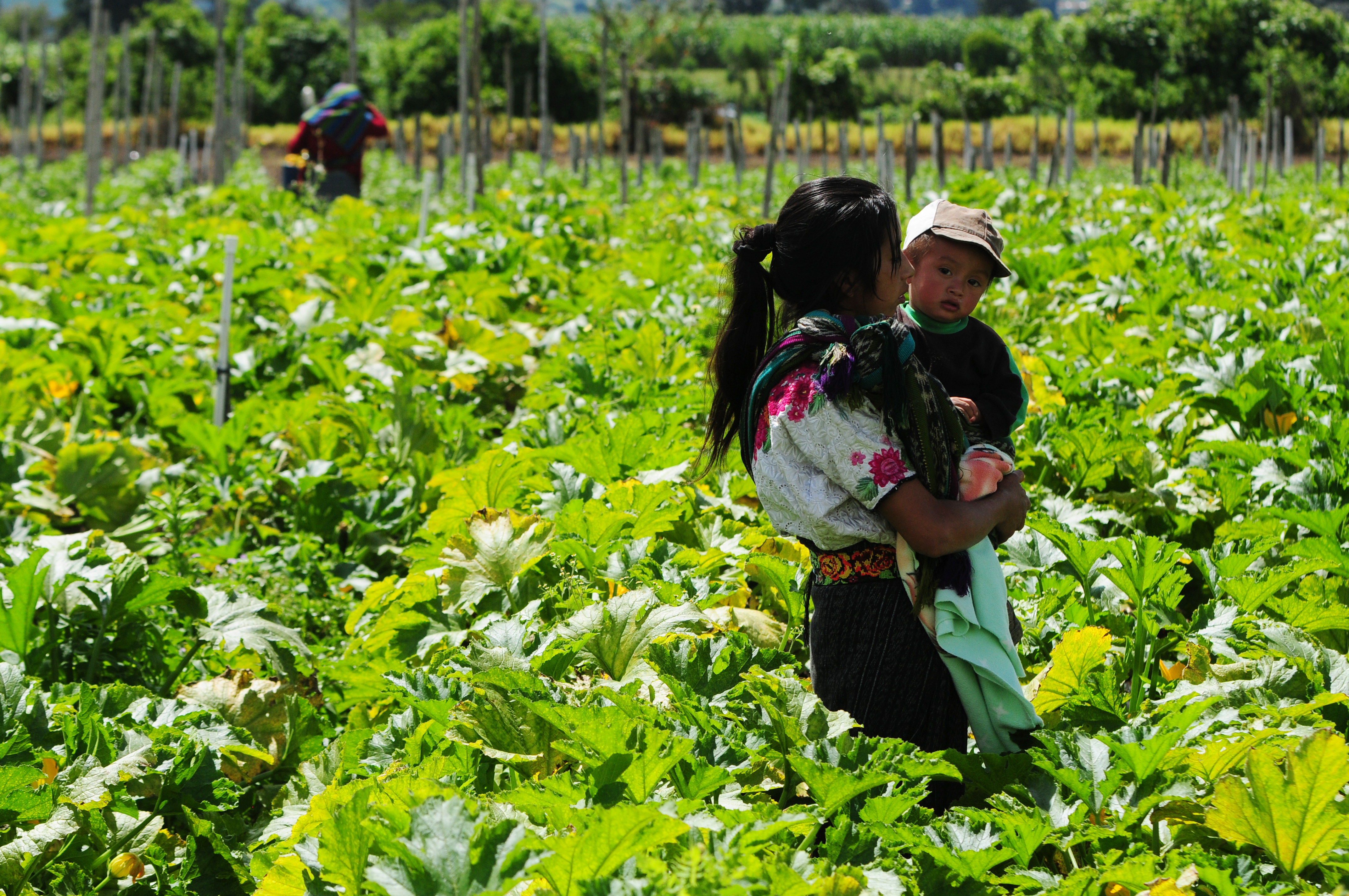 The department of Huehuetenango sits in the Western Highlands of Guatemala, not far from the Mexican border. For centuries, its mist-shrouded peaks have been populated by the Mam people; the name "Huehuetenango'' itself means "place of the ancients." Many Mam still live in the region, having weathered successive invasions by the Kʼicheʼ Mayans in the 12th century and the Spanish years later.

But now, the inhabitants of Huehuetenango—Mam and others—are leaving in droves, impelled by a force more powerful than any invader. Climate change is bringing prolonged periods of heat punctuated by drowning rains to the region; a death knell for a community made up almost entirely of farmers. 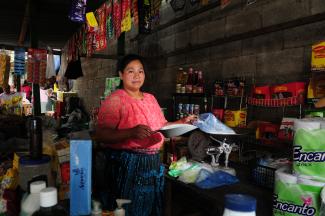 Guatemala consistently ranks as one of the countries most vulnerable to climate change in the world. Its geography makes it susceptible to a range of natural disasters, from droughts to hurricanes, the effects of which are devastating to a populace already facing high rates of poverty and food insecurity. In 2018, dryness-related crop failures impacted one in 10 Guatemalans, with a disproportionate number concentrated in the Western Highlands. In Huehuetenango, 70% of the population is malnourished. Years of insufficient harvests, relentless drought, and a plant-killing fungus called "coffee leaf rust" are among the many factors that have made life in Huehuetenango and its neighboring departments increasingly untenable.

People in Huehuetenango who are malnourished

While the situation there is extreme, it is by no means unique. Similar scenes are playing out across the Northern Triangle's Dry Corridor, which encompasses parts of Guatemala as well as Honduras, El Salvador, and Nicaragua. Within that region, one in six people—a total of 3.5 million—have faced food insecurity in the last decade due to the drought cycle, which has ties to higher levels of poverty and violence. COVID-19 has only compounded the existing crises, causing a dramatic spike in the number of households that do not have enough to eat. In November of 2020, Central America was also hit by Eta and Iota, two Category 4 hurricanes that adversely affected more than 6 million people, damaged more than 20,000 hectares of staple food and cash crops, killed livestock, and destroyed critical infrastructure.

It's no wonder, then, that northward migration from Central America has increased sharply in the past five years, nor that the demographics of those leaving have shifted as well. Previously, the typical migrant profile was a young, single male—but recent years have seen an uptick in women, unaccompanied minors, and entire families departing their home countries in search of better opportunities.

But the fact is, people who have adequate resources in their communities are much less likely to leave. A study conducted by Catholic Relief Services in Guatemala found that out of 785 respondents surveyed, 77% had little or no intention of moving out of the country. When able to access health and education services; stable employment and training; and the knowledge and skills to adapt to climate change, people remain rooted in their homes. Alongside local communities, InterAction Member organizations are working to build resilience against the worst effects of the climate crisis, ensuring that everyone who wants to stay, can.

In partnership with Global Communities, PCI has been implementing food security programs in Huehuetenango for more than a decade, increasing access to food for more than 6,000 households.

One of its latest projects, Climate Smart Communities, supported by Rick Steves' Europe, promotes the use of energy-efficient cookstoves, which dramatically reduce carbon emissions and cut household firewood-related deforestation by half. Because women are traditionally those who carry out household chores, PCI put them at the center of these efforts, holding trainings on how to use and maintain efficient stoves, plant trees to grow renewable firewood, and promote household health with eco-friendly latrines and water filters that don't require firewood for boiling.

PCI is also responsible for carrying out a Food for Education and U.S. taxpayer-funded McGovern-Dole program called EDUCAMOS, which works with Huehuetenango schools to establish gardens and lead trainings on topics like composting, crop rotation, and soil health. Since the onset of COVID-19, EDUCAMOS has been adapted to provide food to students while schools were closed, helping families maintain a healthy level of nutrition despite the pandemic. 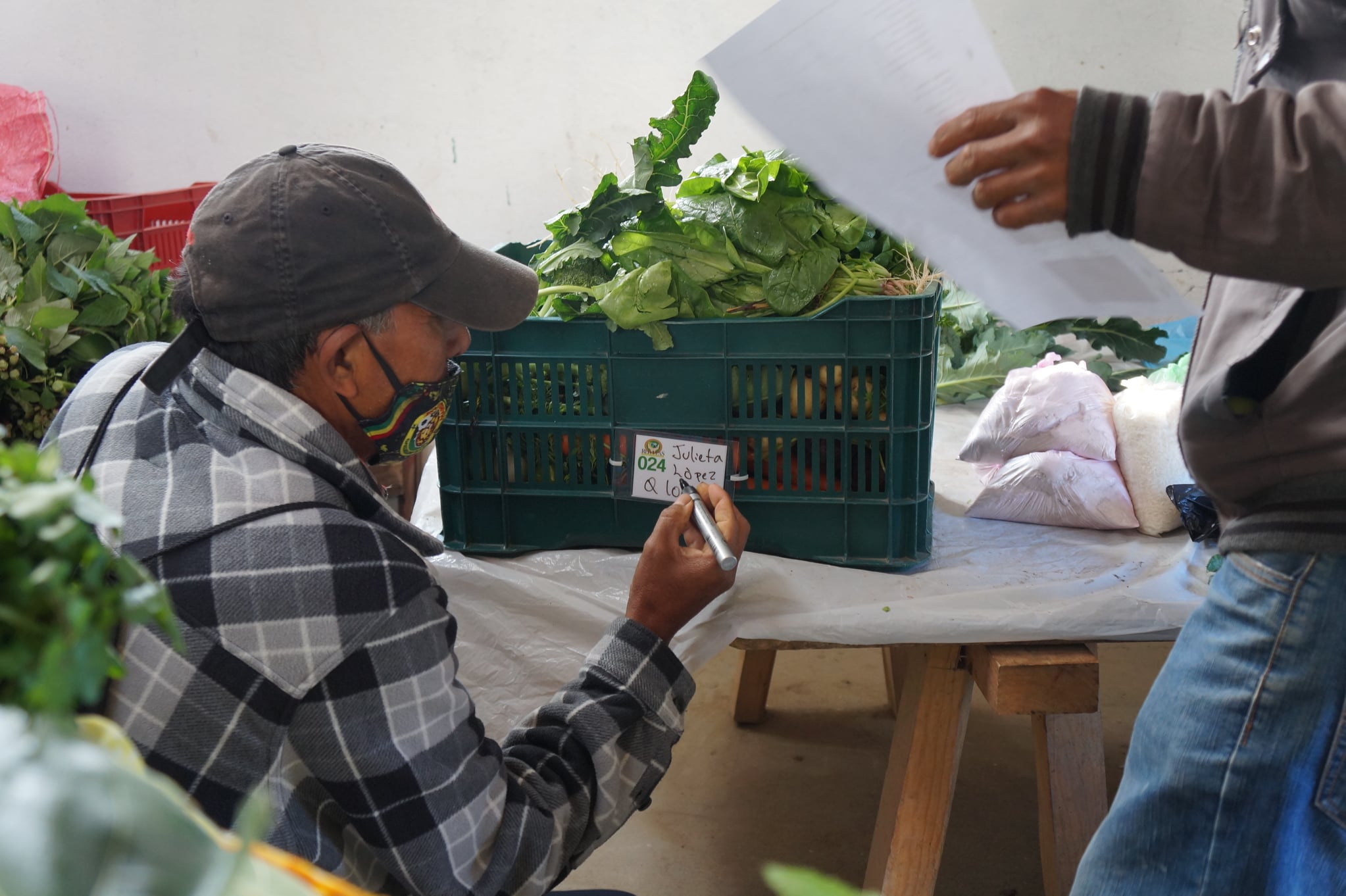 Major international NGOs have in recent years been striving to decentralize their efforts in favor of local solutions. In Guatemala, MCC is embracing this approach by primarily supporting two partners: Pastoral de la Tierra, which uses a sustainable, systems-based approach called permaculture as an avenue for fighting climate change and restoring Indigenous agricultural traditions; as well as ANADESA, a women's collective that builds capacity throughout the local community while working to make it more resilient to natural disasters.

As the ecological ministry of the Catholic Diocese of San Marcos, Pastoral de la Tierra emphasizes the close linkage between agriculture, ecology, equity, cultural autonomy, and respect for the land. Its projects include not only establishing a system of climate-adaptive agriculture, but also encouraging the use of traditional, sustainable construction materials in place of carbon-intensive concrete or wood, which contributes to deforestation.

Over on the shores of Lake Atitlán in the country's Western Highlands, ANADESA was founded in 2005 in response to the deadly Hurricane Stan. Torrential rains triggered deadly mudslides that flattened homes and killed at least 1,500 people, though the Maya village of Panabaj, which sits at the edge of the lake, was hit particularly hard. As such, ANADESA works to improve lives through education and expanded economic opportunity, and plants trees to help mitigate the effects of future extreme weather events.

Guatemala is one of six countries across Central and South America involved in Corus International's USDA-funded program, Maximizing Opportunities for Coffee and Cacao in the Americas, known as the MOCCA Program.

Coffee and cocoa represent two of the most important value chains across Guatemala, El Salvador, Honduras, Nicaragua, Ecuador, and Peru. In total, they are grown by more than 600,000 farmers and support millions of jobs. Despite their crucial importance to these regions' economies, farmers have lately been forced to abandon their crops—or in some cases, entire farms—due to climate change, unproductive trees, and diseases like coffee leaf rust.

MOCCA's mission is to assist in the process of rehabilitating and renovating (R&R) the agroforestry system in these places. Working as the project's cacao lead in partnership with TechnoServe and other organizations, Corus International is playing a key role in helping farmers overcome barriers to implementing low-cost rehabilitation practices. Using a blend of private sector incentives, farmer training, and strengthening suppliers of genetic material for planting, MOCCA's target is to benefit more than 120,000 coffee and cacao farmers and increase productivity by 33%. 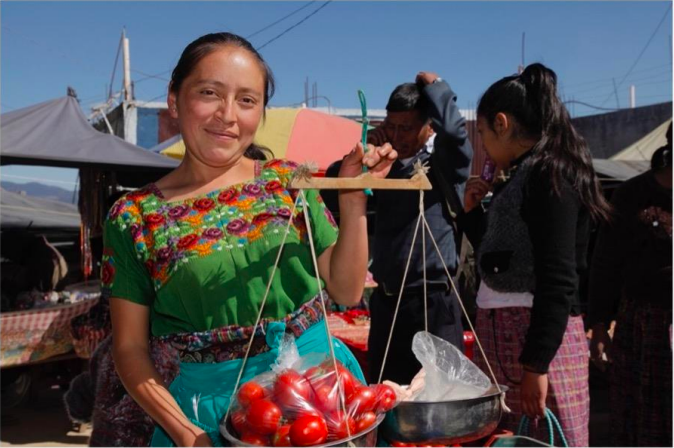 The first—food assistance—is deployed in the case of acute emergencies, like the 43-day drought that struck the country in the middle of the 2018 rainy season, decimating farmers' bean and corn harvests. Second, CRS engages in training and capacity-building activities to help communities become more resilient to climate shocks, including best practices around health and hygiene, dietary diversity, financial planning, and others. Lastly, CRS supports farmers in managing their soil and reducing water usage in a way that improves yields while limiting cost increases.

Resilience and water-conscious agriculture are at the center of the Western Highlands-based project Nuestra Cosecha, or Our Harvest, funded by the USDA through the Local and Regional Food Aid Procurement program and implemented by CRS, PCI, and Save the Children. Nuestra Cosecha works with smallholder farmers to integrate water-smart practices and build business management skills, allowing them to cultivate high-quality products and build their market-based businesses. Farmers are then linked to local producers; in some cases, businesses grow enough to hire other members of the community.

The effects of climate change in Guatemala have been catastrophic, but countries around the world are suffering similarly. Programs like these may not turn back the clock on what has already happened, but they can, and will, help us build toward a sustainable, more resilient future. 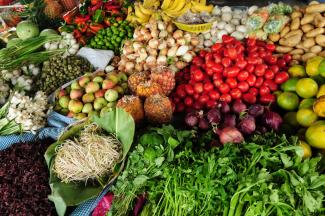